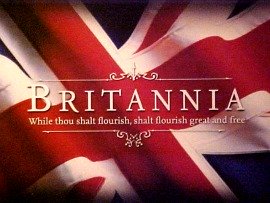 2011, was the first year of the UK Britannia Silver half oz. bullion coin was minted. 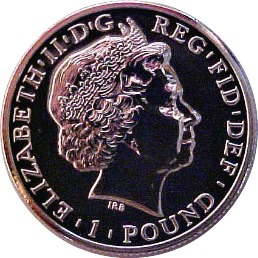 On the obverse side of the UK Britannia Silver half oz. coin is the effigy of Queen Elizabeth II.

The effigy was designed by Ian Rank-Broadley, his initials "IRB" are inscribed directly below the queen's neck.

Around the perimeter of the coin, are the words and letters "ELIZABETH II, D,G, REG, FID, DEF".

D, G, REG, stand for "Dei gratia regina," it is a Latin title meaning "By the Grace of God, Queen."

FID, DEF, translates to "fidei defensor," it also is a Latin title that translates into "Defender of the Faith" in English.

The phrases have been used regularly on British coinage since the 16th century.

The Face Value of the Britannia Silver coin is "1 POUND."

The silver half oz bullion coin's edge is Reeded. 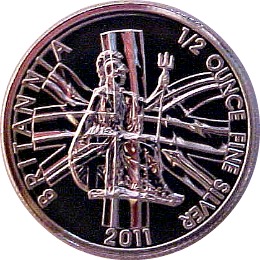 The reverse side of the Britannia half oz. silver coin is the depiction of the Iconic Warrior Maiden "Britannia."

"Britannia" is viewed seated with a Corinthian helmet, holding a three-pronged trident.

The designer of the reverse side for the 2011 coin was David Mach.

Displayed on the inside the rim of the reverse side of the bullion coin is the word "BRITANNIA."

The Coin's weight and purity of "1/2 OUNCE FINE SILVER" is featured on this side of the coin, along with the coin's Year of Issue.


Where You Can
Buy
British Silver Bullion Coins