For the first half of last week, gold and silver turned up in price, and the dollar consolidated. 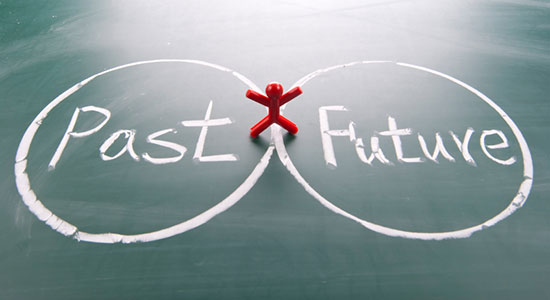 Then on Thursday, after the European Central Bank president, Mario Draghi, confirmed that the ECB would continue their QE until March of 2017 without an abrupt stop but to rather expect a long drawn out taper or more QE; the dollar turned up on the news and Gold and Silver traded pretty much sideways.

Normally, Gold and Silver would dip in price from the ECB news, but they didn't because they are currently being held up by the 'Big Unknown' a.k.a. The U.S. Presidential Election.

If the Democrat wins, gold will probably fall at least a little in price simply because of the reason mentioned above, the ECB's announcement hasn't been priced into gold because of the unknown's related to the U.S. Election.

Whereas, if the Republican wins, Gold and Silver will most definitely go up, because the market does not know what to expect of him, whereas with the Democrat they expect more of the same.

I'm not going to say much more on the subject right now because there are so many unknowns, but, here's what you can expect next week.

Don't expect much out of the Federal Reserve before the U.S. Election; I'd be surprised to hear any non-accommodative a.k.a 'hawkish' rhetoric coming out of them before Nov. 8th, it would not serve well for their candidate if they did.

Gold and Silver will probably trade sideways; but favored to the upside, because nobody is counting on the Fed to raise rates at its November 2nd meeting.

In addition, the third quarter GDP report is going to be coming out on Friday (10/28).

Economists are predicting to see a number in the range of 2.5%; which I think it will be a surprise to anyone if we get close to that number; So we may see a pop in Gold and Silver late in the week.

The biggest thing to keep in mind until Nov. 8th is that the eyes of traders are fixed on the U.S. Election results.

The week ahead, I expect to see more of the same from last week, gold will just be jogging sideways, favored to the upside, until election day.

In addition, Gold's MACD and RSI are still in oversold territory, so we should see Gold move up in price this week.

Also, after Friday's GDP report is announced we may see Gold rise late in the week. 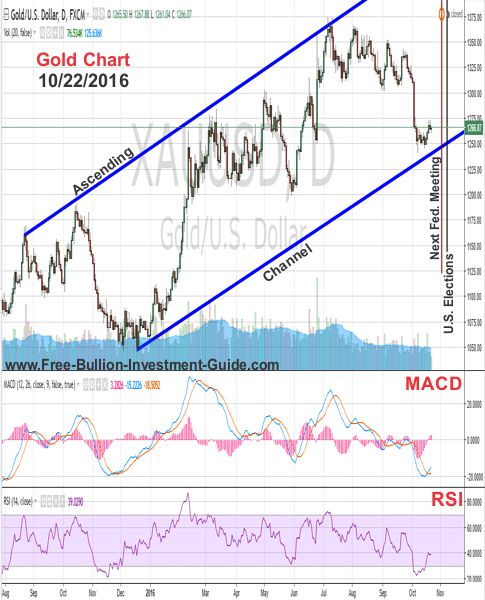 These lines will be on these charts until they happen.

Over the last week, silver has continued to trace above its rising trend-line.

Like gold, I expect more of the same this week, but silver will need to stay above this rising trend-line for it to have a brighter short-term future. 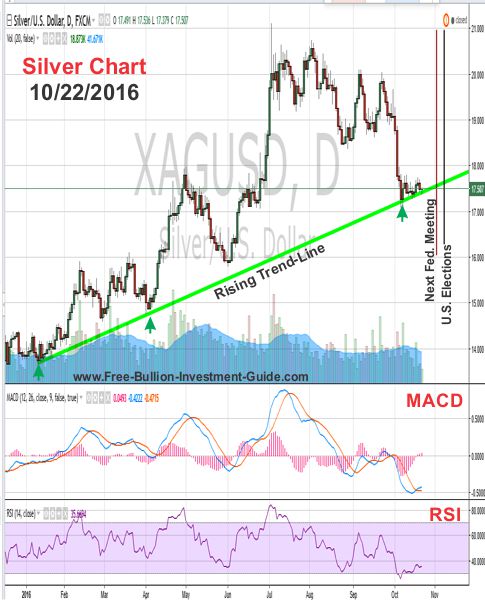 Furthermore as mentioned in the gold section above, like gold, silver's MACD and RSI are still in the oversold territory, so a rise in price is almost expected.

As mentioned in the intro, the US Dollar moved up late in the week due to the ECB's announcement about their QE program.

Like gold and silver, I don't expect much out of the U.S. Dollar until after the elections.

Although, I expect the dollar to drop in price if the GDP numbers come out lower than anticipated. 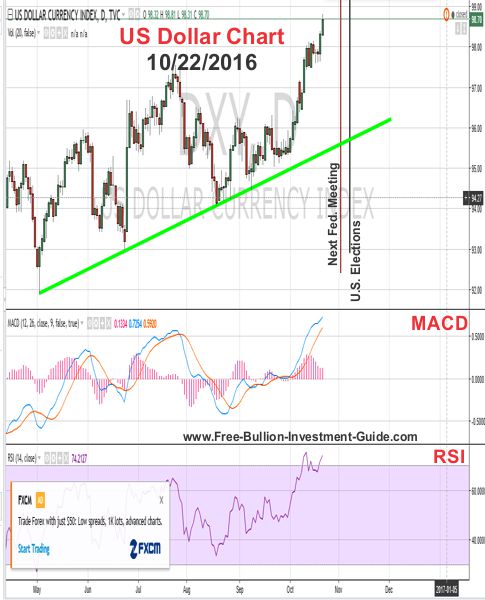 Lastly, yesterday was my parent's 50th Wedding Anniversary, so instead of playing what I listened to this week, I'll play one of their favorite love songs.