The Gold to Silver Ratio 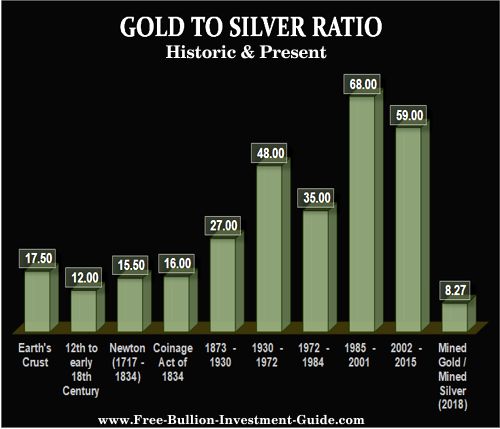 This section of the guide will help you understand the Gold to Silver Ratio so you can use this helpful tool in your future bullion investments.

On this page you'll find:

First, the best way to understand anything is to know its history the next section offers you a brief history of the Gold to Silver Ratio.


In the late 1100's (A.D.), a "Silver Rush" took place in Europe after they created better mining techniques to mine newly discovered silver deposits.

The new rush of money in Europe allowed many countries to become more centralized, which allowed them to expand their societies and replace the feudal system that had existed. 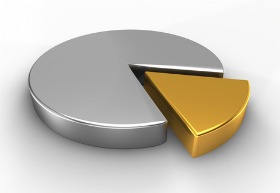 From the 12th century to the early 18th century, silver traded roughly at or near a 12:1 ratio with gold.

In the 16th century, after the Spanish discovered large deposits of silver ore in South and Central America, a "Silver Standard" was created.

Then in 1717, to help England with their fiat money troubles of the time, Sir Isaac Newton, who was Master of the Royal Mint, introduced a fixed ratio between gold and silver of 15½:1.

This action by Newton was the first attempt, in recorded history, to replace the "Silver Standard" with a "Gold Standard." 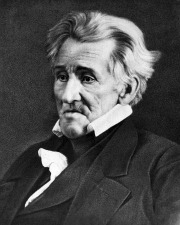 Therefore, by removing the central bank, the Coinage Act of 1834  put Congress back in control of the nation's money supply, as it is written in the United States Constitution.

In 1873, President Ulysses S. Grant signed the Coinage Act of 1873 into law, it officially ended the "Silver Standard," and the fixed monetary value between gold and silver.

The United States embraced the Gold Standard and demonetized silver the Coinage Act was labeled by those who wanted to keep silver monetized as the "Crime of 1873."

The result of the Coinage Act of 1873 was that silver was no longer
fixed to the price of gold.

Silver became a free-floating commodity sending its ratio with gold to swing up and down, as shown in the chart below. 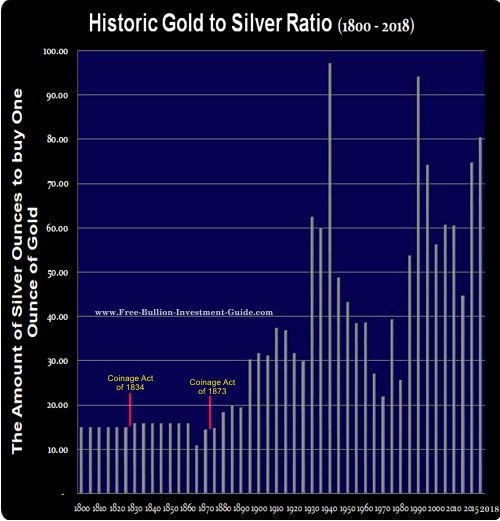 Interesting Fact: President Andrew Jackson was in office during The Georgia Gold Rush

Interpreting
the Gold to Silver Ratio

The "Gold to Silver Ratio" represents the number of silver ounces it takes to buy one ounce of gold.

Silver is known as the "Poor Man's Gold," but for many of those who invest in physical silver bullion, they consider Silver to be the "Smart Investors Gold."

The reasons behind silver's 'Poor Man's' label is this simple truth;  Silver is priced less than gold and other precious metals.

This fact doesn't devalue silver's relationship to other precious metals, it simply states the obvious, that silver is more affordable.

For those who want to invest in silver to receive the greatest return, want to watch the Gold to Silver Ratio.

When the Gold to Silver ratio is above 65, silver has the greatest possibility of multiplying in price.

The Silver Market's Relationship
with the Gold Market


One of the most important fundamentals any investor needs to know about silver and gold is how they interact with the financial markets.

These differences in the market demand of gold and silver give the two precious metals different characteristics in the market, which can make the prices swing in opposite directions, and it can sometimes make the ratio hard to interpret.

The majority (60%) of silver's market demand comes from industrial sectors of the market.

The chart below is an example of how the two markets can move together, but also move separately. 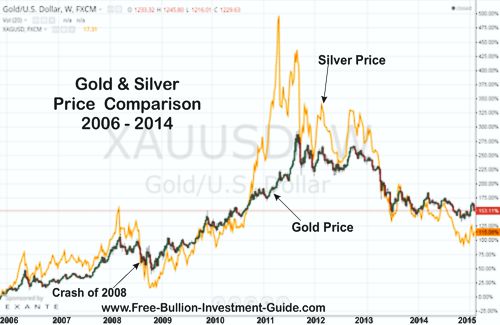 In late 2008, when the credit crisis was taking place, the price of silver plummeted, whereas gold's price fell, but not as much as silver's price.

This difference in price between the two precious metals has everything to do with their relationships with the financial markets.

Gold, more so than silver, is seen as a safe haven and its price recovered faster than silver's price did in 2008.

Silver's market was reeling with the rest of the industrial markets, during the Market Crash of 2008, so, as you can see in the chart above, it took a longer for silver to start overcoming its violent fall and move in the same direction as gold.

One other fact between the Gold and Silver that can be observed in the comparison chart above is:

How you use this investment tool is up to you, everyone has their own preferences as to when to get in, hold, or get out of any market. 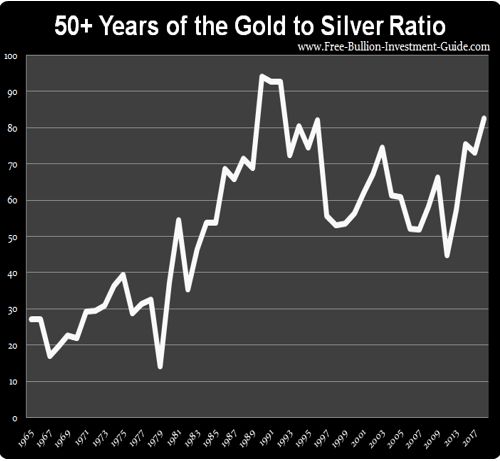 
Most of the gold mined throughout history still exists today, whereas only 20% of the silver supply is recycled annually.

What this means for silver's market, is that except for the silver recycled and the silver sold annually in the silverware, jewelry, and investments market sectors, the rest is lost forever.

These variables in supply may one day, in the future, cause silver's price to move much higher, if there is a shortage, causing the ratio to fall, possibly very fast, and the price of silver will move much higher.

If silver supply found itself in a shortage its price will likely see new highs much like the Palladium Market is moving now - (2019).

[?]Subscribe To The Guide's RSS Feed to Receive News Updates