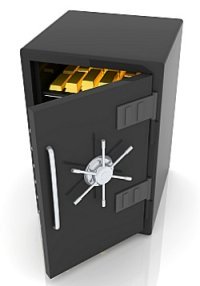 When someone thinks of storing precious metals bullion in their home, the first thing that often comes to mind is a Home Safe.

There are three types of home safes on the market today; Fire Proof Safes, Theft Protection Safes and a combination of the two.

Safe Manufactures also produce Water-Proof safes, but, generally you will see this classification of safe as an additional option of protection to one of the three different kinds of safe.

One of the first things that should be known about all safes is that:

No Safe is Impenetrable.

Safes are classified either by how long a safe can keep a burglar out or how long it can keep a fire from affecting the contents of the safe. 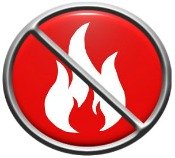 The inside of a Home Safe, which is primarily made for Fire Protection, has a molded fire-retardant interior, and only offers the items inside minimal protection against theft.

Fire Safes are only good as a anti-burglary unit if it is manufactured under both classifications; Fire Proof/Anti-Burglary Safe.

When a "Water-Proof" classification is added to a fire safe it means the door of the home safe or any other areas that can be exposed to the outside air have been waterproofed using a seal around these areas.

A Water-Proof safe keeps water out, but if you somehow get moisture inside your safe, a Water-Proof safe will also keep the moisture in, below there is a section titled 'Moisture - Keep it Out of Your Safe' see it to help you protect your safe from this invisible enemy.

There are many testing companies for safes, but the one used most by the Safe Manufacturing industry and Insurance Companies is Underwriters Laboratories (UL).

Before we get into how Underwriter Laboratories test safes, the next section will introduce you to them, then the following sections will inform you as to they test Fire and Anti-Burglary Safes.

Underwriters Laboratories Inc. (UL) is an independent product safety certification organization. Established in 1894, the company's headquarters is in Northbrook, Illinois. 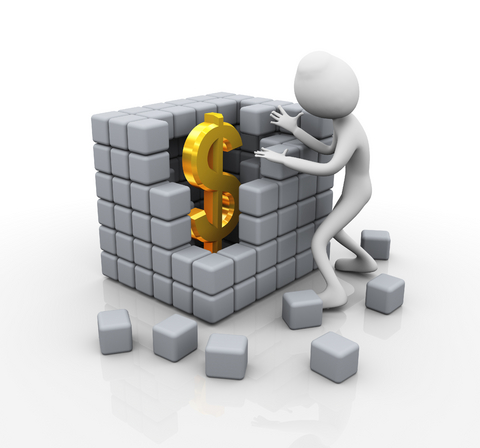 When a safe passes one of their tests, the Safe is awarded with a specific rating and the manufacturer will mount a label on the safe itself to indicate that it has passed the test.

When searching for the right safe for you, it is always good to look for home safes that have been tested by UL because most insurance companies trust their testing standards.

Paper will begin to char at approximately 405'F, the unit being tested must maintain an interior temperature of less than 350 degrees during heat-up and cool-down testing in order to earn its rating.

2 Hour - UL class B - 350 Rated Safe: The unit is heated for two hours to reach an exterior temperature of 1850'F, During the complete process, the interior of the safe cannot go above 350 degrees.

4 Hour - UL class A - 350 Rated Safe: The unit is heated for four hours to reach an exterior temperature of 2000'F, During the complete process, the interior of the safe cannot go above 350 degrees.


This test simulates a safe falling from a three story building, simulating the results from a fire that has weakened a structure.

The home safe is heated to 2,000 degrees Fahrenheit in a furnace, then within two minutes, taken out of the furnace and raised three stories high and dropped onto a pile of bricks.

Note: Home Safes with class ratings of A, B, and C are subjected to the Fire Impact Test.

Safes in classes D and E are not subjected to the Fire Impact Test. 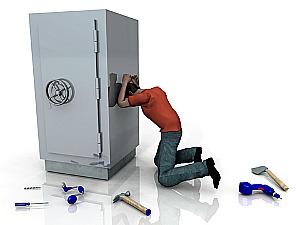 Anti-Burglary Home Safes are made of solid steel plating or a combination of solid steel and composite fill material such as concrete mixed with a fire retardant filler.

These safes are divided into categories based on the level of protection delivered and the testing they are subjected to.

The following seven Anti-Theft ratings are the rating classes given to most Home Safes:


B Rate Safe - A "B" rated safe is not a U.L.™ rating for a safe, instead it is a general rating for basically any box with a lock on it. A safe labeled with this standard rating has a 1/4in. thick steel body, 1/2in. thick steel door. No tests are given to provide this rating.


B/C Rate Safe - A "B/C" rated safe is a general rating for safes with at least a 1/4in. steel body, 1/2in. steel door, plus an additional 10 or 12 gauge metal layers where composite fire resistant material is also deployed. No UL tests are given to provide this rating.

A safe with a "RSC" rating must withstand a total net time of five minutes of rigorous prying, drilling, punching, chiseling, and tampering attacks and must be tested using specific common burglary tools on all sides, and prevent the intruder from opening the safe for those net five minutes of working time.

Important Note: the number after the Class of safe stands for the number of minutes the safe resisted penetration.

Safes with this rating have the following construction requirements:

The only difference in this Rated Safe compared to the TL-15 (15-minute) test is that the test is conducted on all six (6) sides of the safe.

A safe given a U.L. TL-30 rating has the same construction requirements as the TL-15 above.

The only difference in this Rated Safe compared to the TL-30 (30-minute) test is that the test is conducted on all six (6) sides of the safe.


The Explosion on Hazard Test determines whether or not the design of the home safe is protected against explosions or intense heat. 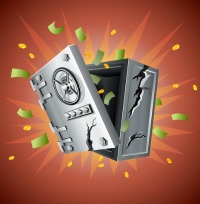 If the home safe construction is faulty, the sudden high temperature will cause hydrogen-air-stream mixtures in the insulating material to explode, rupturing the safe walls. This rupture will destroy much of the safe’s resistance to fire.

The test for explosion involves an empty safe, inside a closed furnace preheated to 2000 degrees F. The unit is placed inside the closed furnace for 30 minutes (2 hour test is 45 minutes, 4 hour test is 60 minutes) while the heat is maintained at 2000'F.

After the test time has past, the unit is allowed to cool. If there is no rupture in the insulation, the unit passed the test. 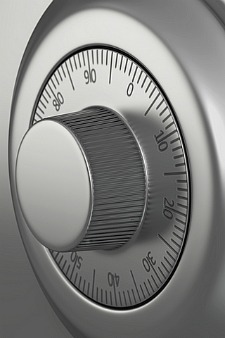 Another feature that is included on home safes that has a ratings system is the safes locking mechanism.

In many cases the lock is one of the first areas a burglar will attack when trying to gain access to a safe.

Listed Below are ratings for safe locks.

Group 2 Combination Lock - Some resistance to opening attempts, Not suitable for any UL Rated safes.


Group 1 Combination Locks - 20 hours resistance to expert attacks, Special construction techniques not found in other locks, Can be found on any UL rated safe but must be used (or Group 1R used) on TRTL rated safes and TXTL rated safes.


Group 1R Combination Locks - 20 hours resistance to expert attacks, Resistance to radio-logical techniques (ex: X-rays). Synthetic polymers must withstand aging and humidity, special construction techniques not found in other locks, can be found on any UL rated safe but must be used (or Group 1 used) on TRTL rated safes and TXTL rated safes.


Moisture
Keep it Out of Your Safe


Moisture of any kind can be an invisible enemy to the contents of your safe.

It can cause mold, mildew, rust, and foul smells; also, if this problem isn't taken care of quickly it can ruin most, if not, all of the contents of a safe.

Waterproof safes were briefly mentioned above; these safes are made to keep moisture out, but once moisture finds its way inside, it can be very hard to get it out.

A friend of mine who owned a Waterproof safe found this out firsthand.

On a rainy day he received an item he wanted to put in the safe, and without thinking about it, after he had taken the item out of the mailbox, he took it to his safe and put it inside - intending to take it out of the packaging later.

Several days later he opened his safe to get his package, and when he opened the door, a foul smell overwhelmed him.


The package had some moisture soaked into it when he put it inside the safe.

The package had started to show a few mildew spots; other items in the safe were also showing signs of mildew - needless to say, a lot of cursing ensued.

Without going into a lot of detail, a third of the items in the safe were damaged from his mistake, and after several failed attempts to rid the safe of the mold, he ultimately had to get rid of the safe in the end.

Don't let this happen to you, no matter what kind of safe you have, protect your items from moisture and humidity.

A combination of silicon packets and a dehumidifier is the best solution to prevent this issue from arising. 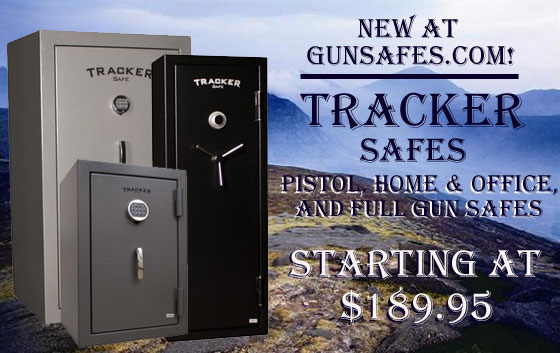 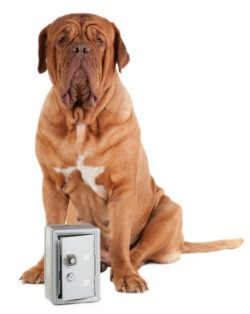 
There are many safe manufacturers selling safes on the market; the question many people ask is:

What brands are the best?

Where You Can Buy a Safe


Other pages on this guide
that you may like....

Transfer from the Home Safes page


[?]Subscribe To The Guide's RSS Feed to Receive News Updates 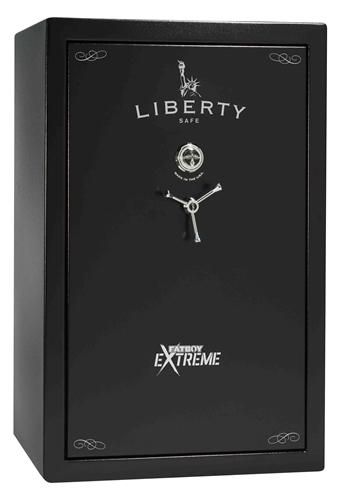 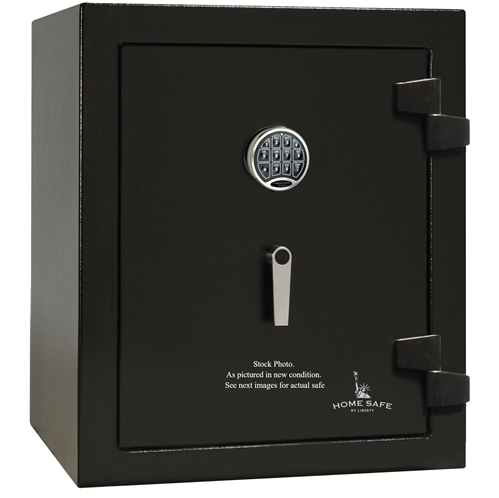 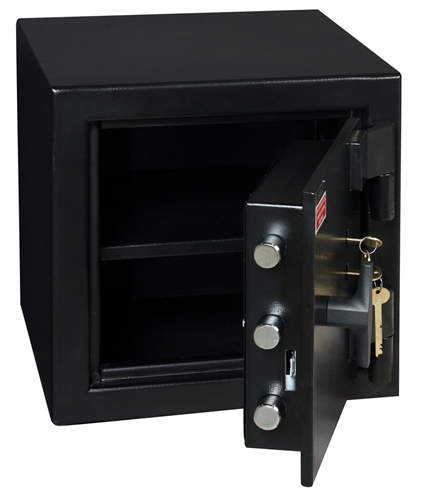 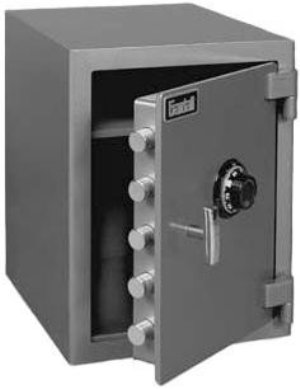 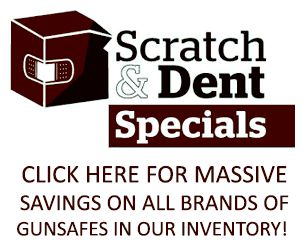