Johnson Matthey's logo of a Geologist's Pick & Hammer is recognized
worldwide, among bullion investors, as a sign of quality.

The company is one of the largest international full service refiner of platinum group metals; it has a market capitalization of over $6 billion dollars, with 12,000 employees and is operating in more than 30 countries.

The History of
Johnson Matthey


The Johnson Matthey Company has a long history of refining platinum group metals.

The company dates back to the grandfather of Percival Norton Johnson.

Percival Johnson was the founder of Johnson Matthey company; he was also a founding member of the Royal Society of Chemistry. (the oldest national chemical society in the world)

Percival's grandfather was an assayer of ores and metals, in London,
during the late 1700's.

After his grandfather's death, Percival's father, John Johnson (1765–1831), took over his father's business and got involved in the platinum trade. 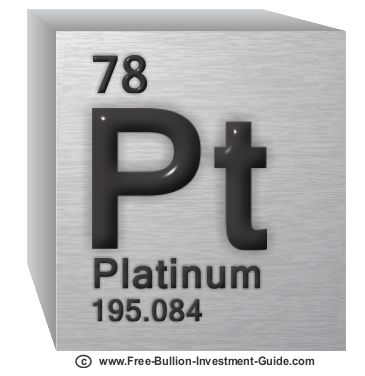 During his apprenticeship, he published the following paper Titled: Experiments which prove platina, when combined with gold and silver, to be soluble in nitric acid.

In the paper, Percival Johnson showed that small quantities of platinum mixed with gold and silver in nitric acid cause a facilitated separation of pure gold, from the solution.

Through his work, he proved to his father that he was a skilled assayer and mineralogist.

In 1817, Percival became a full partner in his father's assaying firm; this is the same year often referenced to be the year when the Johnson Matthey Company was established.

Johnson's knowledge in assaying precious metals, allowed him to find the exact value and purity of a gold bar by applying chemical tests to the physical metal.

The firm became the first London assayer to offer a guarantee on the quality of a gold bar; the business grew when Johnson began to offer buy-backs on the bars of gold he assayed. 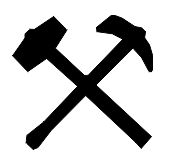 Percival built a small gold refinery for the gold bars that were coming into his growing business.

He proved to his customers to be proficient at the extraction of Platinum Group Metals and other ores from gold bars; which established his firm in the London Bullion Market, for its technical abilities.

Over the next few years, Johnson added a few partners in his company.

In 1832, he added George Stokes to the firm, creating the partnership of Johnson and Stokes.

George Matthey was an excellent assayer and chemist, he studied at the Royal College of Chemistry; he also proved to Johnson to be a fast learner and became very interested in platinum refining.

Matthey developed a "head for business" and wanted to build Johnson's firm into a great company.

In 1851, Johnson made George Matthey a full partner in the firm, creating the Johnson Matthey Company.

Matthey pushed Johnson to expand the company's capabilities, Matthey is regarded to be the one who transformed the business into the International Conglomerate it is today. 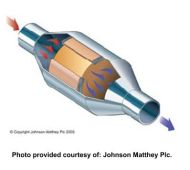 Today, the company is moving in the direction of new technologies including fuel cells, medical devices and emission control catalysts. 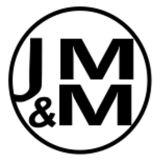 The P.R. Mallory Company began in 1916 in Port Chester, New York, the company was started as a tungsten wire manufacturer.

In 1924, Phillip Rogers Mallory, the founder of the company, moved his company to Indianapolis, Indiana.

The P.R. Mallory worked with Henry Ford to create the first applications for Electrical Resistance Welding.

In addition, during World War II, P.R. Mallory teamed up with Samuel Ruben and created the first mercury cell battery, millions were manufactured by his company for the war effort.

The P.R. Mallory Company later revolutionized the battery industry creating the alkaline manganese battery, and in 1964 the company registered "Duracell" as its trademark.

The partnership was headquartered in Toronto, Canada, where its refinery was located.

The majority of the metals refined for the company were used for industrial purposes.

It is unknown as to when the partnership began to produce investment grade bullion, but the company produced gold and silver bullion bars and rounds until the end of the partnership in 1977.

The majority of the gold and silver bars refined by the limited partnership used the Johnson Matthey & Mallory Identification Marks found in this short section about Mallory bullion.

CMW Inc., a welding company, was a started by P.R. Mallory.

The Johnson Matthey partnership with Mallory created silver bars, in limited supply, for the company.

The Identification mark on these bars is found at the top left of this page.

Furthermore, in the last few years, fake silver bars with the JM&M Identification mark have been observed on the secondary market; example here.

If you find a JM & M bar or a Johnson Matthey & Mallory silver or Gold Bullion bar on the secondary market, the bar should look more weathered and the bar will not have any markings on its reverse side, like this bar here.


Johnson Matthey is commonly known in the bullion market for their precious metals rounds and bars.

During the 70's & 80's, two refining giants produced a great deal of
the world's investment grade bullion; Johnson Matthey and Engelhard
were constantly battling each other, for market share. 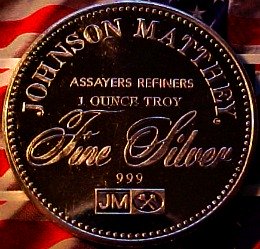 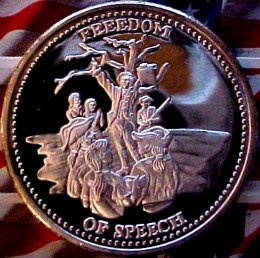 After Engelhard came out with the American Prospector round, Johnson Matthey created the Freedom Series rounds and other decorative silver rounds.

The 1ozt. Silver Freedom rounds came in a set of 10, each round is inscribed with a Freedom that Americans hold dearly.

The Set of 10 Freedoms Rounds included:

The Freedom rounds were only produced in silver.

Johnson Matthey and Engelhard produced a "Liberty Trade Silver" round, these rounds are harder to find than the "Freedom" or "American Prospector" rounds.

The rounds are identified with Lady Liberty on the obverse side and her torch on the reverse.

Johnson Matthey produced a proof and non-proof (bullion) version of the round. 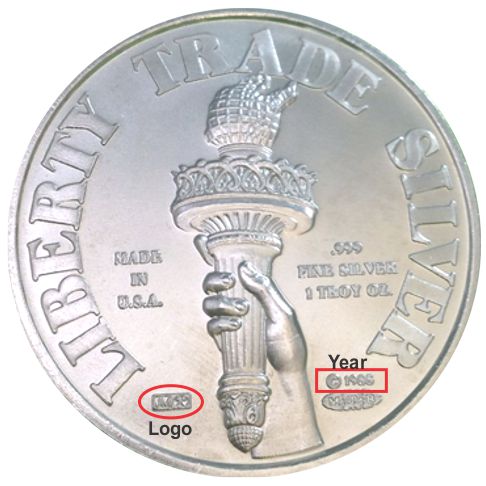 Look for the Johnson Matthey or Engelhard logo/trademark, on the bottom of the reverse side, to authenticate these rounds.

In addition, a mid 1980's year will be inscribed directly across from the logo, on the other side of the torch.

These rounds range from 1/2ozt. to 5ozt. in size, all have very limited mintages.

Note: If the round is made by Engelhard, the Engelhard "E" logo (or trademark) will be in the same place as the "JM" logo is located, in the photo (above).


Johnson Matthey often produced gold and other silver rounds for many
private companies and organizations.

These rounds were often produced with detailed artistic designs, inscribed on them, from the company or organization that commissioned the round.

These customers included: Xerox, Scotia Bank, the Lions Club, The
Royal Bank, The National Bank of New York, TD Bank, King FooK (a Hong Kong based jewellery company), and the Walt Disney Company and many others.

In the mid 2000's, the StillWater Mining Company released Palladium Rounds and bars that consisted of Palladium refined by Johnson Matthey.

StillWater Mining Company is based in Billings, Montana.  The company
primarily mines palladium and platinum.  It is the only miner of platinum group metals in the United States. 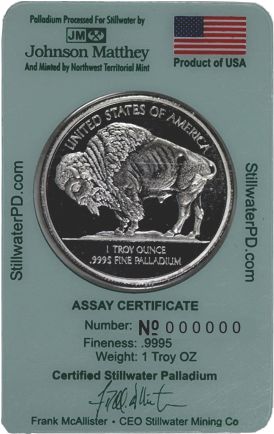 StillWater Palladium Round in Assay Card
reverse side

The palladium rounds and bars were named after Lewis & Clark, commemorating the 200th anniversary of the pioneer's expedition, across America, commissioned by President Thomas Jefferson.

The palladium in these rounds and bars, were mined by Stillwater Mining Company, refined by Johnson Matthey, and were minted by the Northwest Territorial Mint.

The .9995 fine palladium round were minted in the following sizes:

The StillWater Palladium bars have only been observed in the 1ozt. size.

The rounds and bars are usually found inside an assayers card, with a six digit serial number on the card.


Where You Can
Buy
Johnson Matthey Bullion


Johnson Matthey stopped producing all smaller sized gold and silver bullion bars in the year 2000.  The company was the largest manufacturer of minted bars in North America, for nearly 30years (1971-2000). 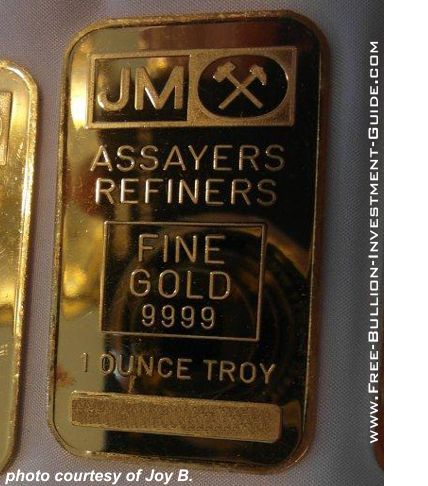 However, the company did continue to produce Gold & Silver LBMA "Good Delivery" bullion bars, used in the wholesale and professional investment markets.

In May of 2012, Johnson Matthey licensed their name to the Sunshine
Mint
.

Shortly thereafter, the Sunshine Mint started the production of 1ozt. Silver bullion bars with the Johnson Matthey name and Logo and offered them through a few key wholesalers.  See article here.

Unfortunately, due to falling precious metals prices and a refocusing of the companies business, Johnson Matthey announced on December 15th of 2014, that they were going to completely exit the Gold & Silver Refining business.

As of March, 2015, the company has completely exited from the refining of gold and silver, which is explained in this article from the Bullion Vault: Johnson Matthey Exits Gold & Silver Refining After 160 Years.

Furthermore, you can also see that the company has been removed from the LBMA's list of Current Gold & Silver Refiners here.


In General, serial numbers on bars, that are Not "Good Delivery" bars, are put on bars and or assay cards as a service for the individual investor; to help them to keep track of the bullion they own. 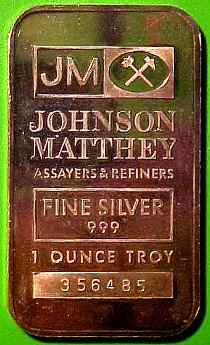 No uniformity has been found among these numbers,  except that bars produced in the same batch share the same series of serial numbers.

In addition, consecutive numbered bars of the same size and precious metal, have been observed.

A list of some of the Silver Johnson Matthey bullion bars and the serial numbers associated with them, can be found here.

Silver bullion bars under the one troy ounce size are usually much harder to find.  You should expect the value of these bars to be higher than the intrinsic value of the bullion, due to their size and limited mintage.

Below, are the Identification Marks (ID marks) for the Johnson Matthey Refineries that were located in these countries.

SLC - is the ID Mark for the Salt Lake City refinery.

The "JM" diamond mark, to the left, is often found with the oval ID Mark on the same bar.  Furthermore, this mark was used universally by Johnson Matthey on their silver bullion bars/ingots.

The maple leaf (above) is often found on the same bar with one of the other Johnson Matthey identification marks.

No images of Johnson Matthey Silver Bars from Australia have been observed.  If you have one and would like to submit its "ID Mark" for reference purposes, please use this contact link.

The following information is known to be on inside the oval of a Johnson Matthey silver bullion bar/ingot refined in Australia.

The following Johnson Matthey Identification Marks have been observed on silver bullion bars, however none of them specify the refinery's country of origin.

The known sizes of the gold Johnson Matthey bars are: 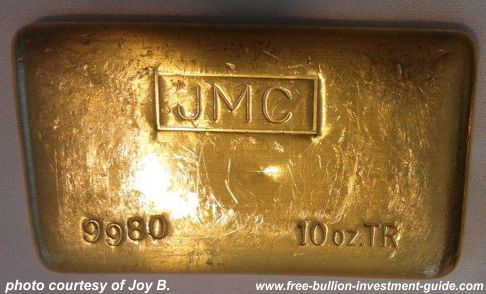 Below, are the Identification Marks (ID marks / Stamps) for the Johnson Matthey Refineries that were located in these countries.

Gold Bullion refined at Johnson Matthey's Hong Kong facility had the following words inside the oval;

The following Johnson Matthey Identification Marks have been observed on gold bullion bars, however they do not specify the refinery's country of origin.


Notice: If you have a Johnson Matthey Gold or Silver bar/ingot with a Identification Mark that is not presented on this page; Please use this contact link if you would like to share it with others, on this guide, for reference purposes. Thank You. 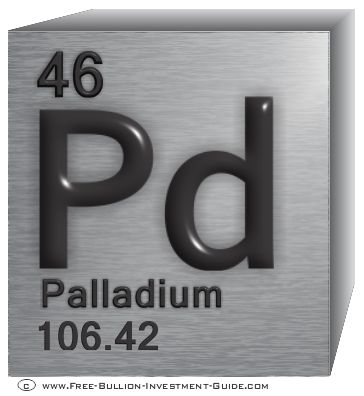 There are only two known sized bullion bars for these metals, they include:

Furthermore, even-though the company has gotten out of gold and silver investment market, they continue to refine palladium & platinum for Investment Grade Bullion Coins for Australia, Canada and the United States.

(other sources have links throughout this webpage)