Russian Bullion &
The Bank of Russia


Gold and silver Russian bullion coin's are authorized for production by the Bank of Russia.

Russian bullion and commemorative coins are struck at the Moscow and St. Petersburg Mints and their designs are known for having a high artistic standard.

They are popular in Russia and abroad, some Russian coins have won the 'Coin of the Year' award, as a result of opinion polls conducted by specialized foreign numismatic organizations.

The History
of the Bank of Russia

The End of the Soviet Union
(USSR) 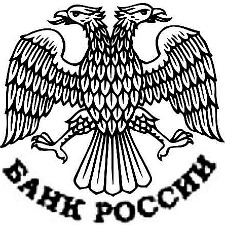 Before the dissolution of the USSR, the State Bank of the USSR was accountable only to the Supreme Soviet of the Russian Soviet Federative Socialist Republic.

The "Supreme Soviet" was the common name for the legislative bodies (parliaments) of the Soviet Socialist Republics (SSR) in the Soviet Union.

On December 8th, 1991, at Viskuli near Brest (Belarus), the President of the Russian Soviet Federative Socialist Republic and the heads of state for Byelorussian SSR and Ukrainian SSR signed the "Agreement on the Establishment of the Commonwealth of Independent States."

The document, consisting of a preamble and fourteen articles, stated that the Soviet Union ceased to exist as a subject of international law and geopolitical realities.

The agreement was ratified by a majority, on 12 December, by the Supreme Soviet of the Russian SFSR (the Russian parliament).

The State Bank of the USSR was dissolved on December 20, 1991.  All its assets, liabilities, and property in the RSFSR were transferred to the Central Bank of the Russian Federation (Bank of Russia).

On 24 December, the Russian Federation took the Soviet Union's seat in the United Nations.

On December 25, 1991, President Gorbachev resigned and the Soviet Union collapsed.

The former Soviet Union was renamed the Russian Federation.


Central Bank
of The Russian Federation


The disbandment of the State Bank of the USSR was followed by changes in the chart of accounts, the establishment of a network of Central Bank cash settlement centers and their provision with computer technology.

To establish and to set-up the official exchange rates of foreign currencies against the ruble, the new Central Bank of Russia began to buy and sell foreign currency in the market. 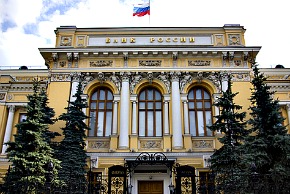 In 1992, as a result of the establishment of a single centralized federal treasury system, the Bank of Russia was no longer required to provide currency services for the federal budget.

According to the constitution, the Bank of Russia is an independently run entity, with the primary responsibility of protecting the stability of the national currency, the ruble. 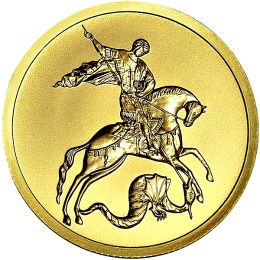 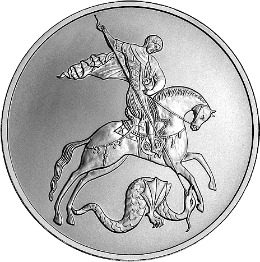 For the Best Bullion Market News....

Return from the Russian Bullion page