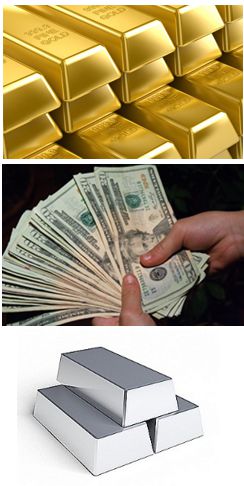 The order of this week’s Charts & Analysis are as follows:
Gold, Silver, U.S. Dollar, Platinum & Palladium.

Last week, gold briefly paused at the $1200 level on Monday then moved quickly to the $1215 level on Tuesday, before falling back to close the week at $1208.

By looking at the chart below, it looks like the price of gold will continue to consolidate around the $1200-$1220 level before it continues to rise.

I think it will rise because there is a lot of uncertainty in the markets and uncertainty is often called gold’s best friend, plus a pattern has formed on the silver chart (in the next section) that is giving gold and silver positive indications of a further move up, this week.

Note: Silver and Gold generally move together in their daily trading, but silver leads gold in its long-term trade. 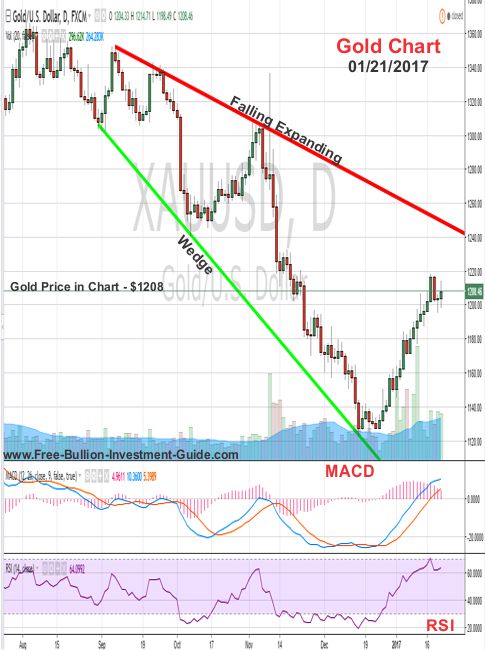 In addition, another bullish indicator on the gold and silver price charts is the 'Expanding Descending or Falling Wedge.'

The price of silver has now formed a ‘Bull Flag’ while consolidating at this level, to the right you can see an example of a bull flag; click the chart for a definition.

The bull flag may continue to move sideways this week, or the price of silver could break above it, time will tell what silver does this week. 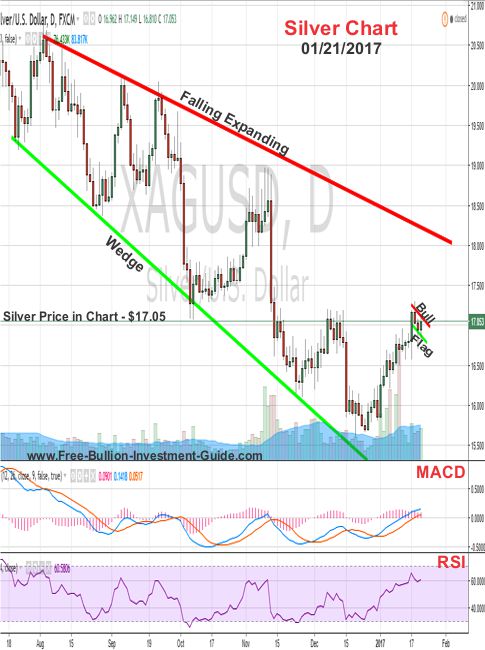 The U.S. Dollar continued to move down last week falling below the $101 level on Friday.

In this week’s chart I’ve indicated that a ‘Descending Channel’ has formed in the U.S. Dollar chart.

Last week, I misjudged this pattern to be a falling wedge, but after last week’s trade, this technical pattern has made itself easier to identify.

However, it is doubtful that we’ll see any earth shattering news after this meeting, so expect the U.S. dollar to continue to trade inside this channel. 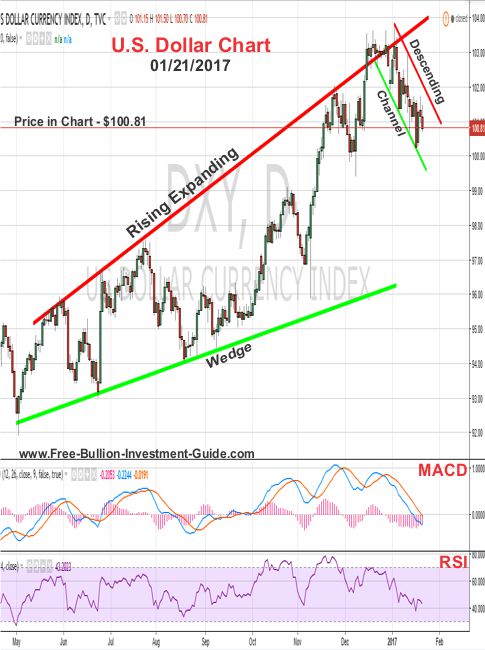 Furthermore, the expanding rising wedge in the U.S. dollar chart continues to be a negative sign for the dollar, so more down movement is expected.

Last week I wrote that Platinum’s price could be affected by the news that the U.S. EPA was accusing Fiat/Chrysler that they were manipulating the software in diesel vehicles to pass emissions tests.

So far, I haven’t heard any additional news about this allegation, but that doesn’t mean anything, the news last week stated that an investigation was started by the EPA.

If the EPA’s charges are true; that will be when it may hurt platinum.

In last week’s analysis of Platinum, I didn’t offer any commentary about the chart because honestly there wasn’t much to say about it.

Last week, the Platinum price chart reached its crest and started to fall until a report about platinum & palladium supply was released on Friday 1/20, see chart below. 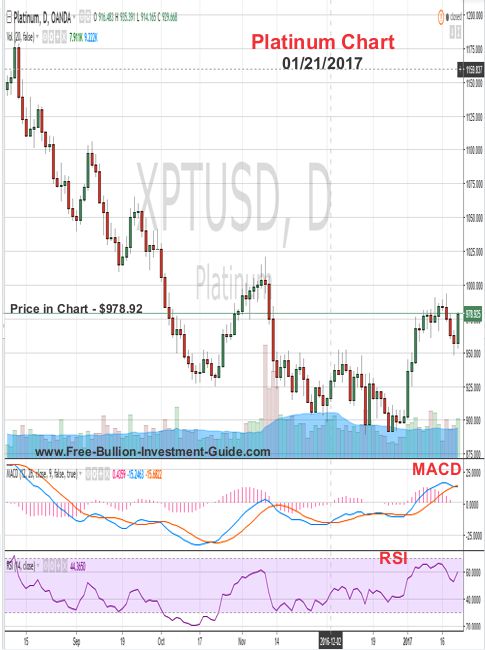 The report stated that supply for PGMs (Platinum Group Metals) was down year over year, which gave strength to platinum and palladium prices.

In addition, the Chinese extended a tax break to its citizens to buy small vehicles, which gave Palladium more momentum in price gain.

For an analysis of the report that was released last week, read this article by MINING.com : Palladium price surges to 22-month high.

Last week, I posted the chart below, and all can see that it was wrong after Friday’s move. 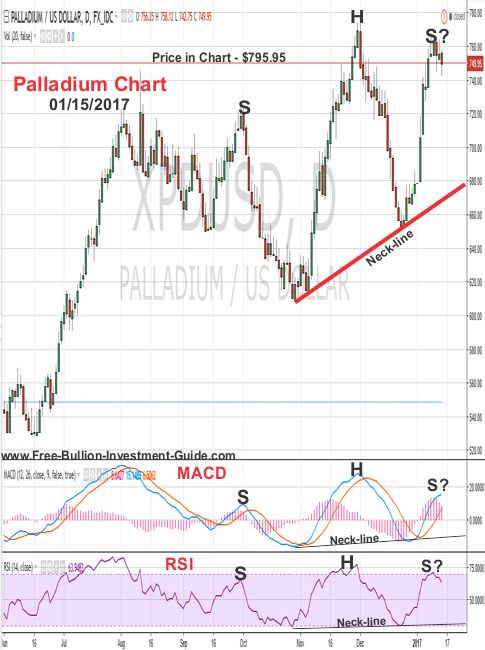 But, instead of posting a confusing chart with a bunch of H's and S's on it, I've identified a completely different bullish pattern in the Palladium chart, a 'Rising or Ascending Channel.'

Palladium has been trading in this Ascending Channel' for over a year, and it doesn’t look like it will be stopping anytime soon. 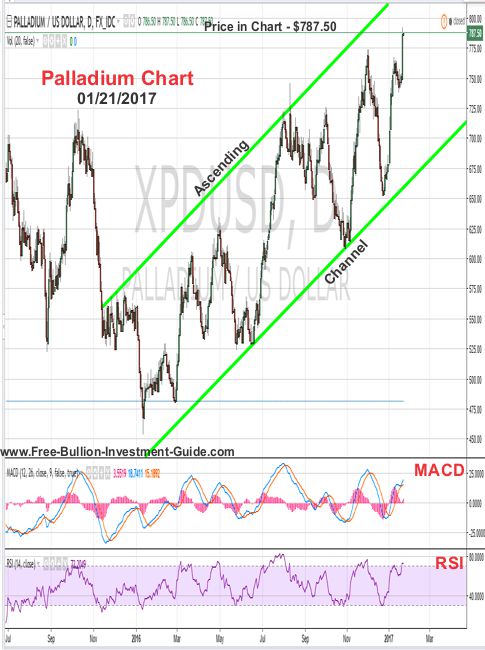 Numerous times, this week, I heard this song, it originally came out in the early 90’s, and for the longest time I hadn’t heard it until lately.

Then while I was writing this post it came on again, I’m a fan of the song and it has a great beat and lyrics.