When the Royal Mint started the Queen's Beasts bullion series, it had only minted them in gold and silver, however, in 2017, it introduced the 1oz. Platinum version of the coin.

At Queen Elizabeth II's coronation in 1953, a statue of each of the 10 heraldic beasts was present.

The Queen's Beasts consists of a heraldic beast supporting a shield bearing a badge or arms of a family associated with the ancestry of Queen Elizabeth II.


The Queen's Beasts names are listed below:

Every reverse design has been designed by British coin designer, Jody Clark, who is also the creator of the latest portrait of The Queen on UK coinage.


Where You Can Buy

The obverse side of the 1 oz. UK Queen's Beasts Platinum bullion coin is the portrait of Queen Elizabeth II. 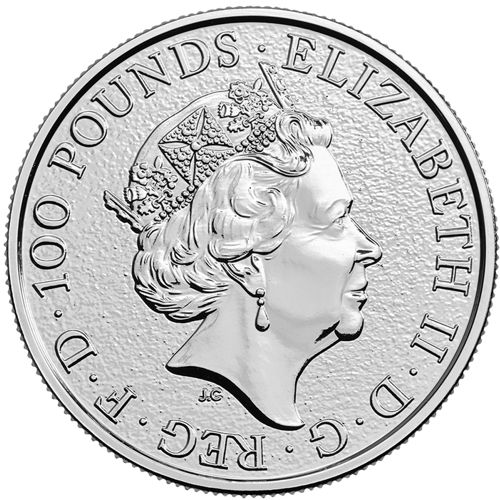 Jody Clark designed the effigy of the Queen, his initials "JC" are inscribed directly below the Queen's neck.

Inscribed, inside the border of the coin, are the words and letters "ELIZABETH II, D,G, REG, FID, DEF".

D, G, REG, stands for "Dei Gratia Regina," it is a Latin title meaning "By the Grace of God, Queen."

F, D, stands for "Fidei Defensor," it also is a Latin title that translates into "Defender of the Faith" in English.

The phrases have been used regularly on coinage since the 16th century.

The Face Value of the Queen's Beasts 1 oz. Platinum bullion coin is "100 POUNDS."

Issued as legal tender, the Platinum bullion coin is guaranteed by the Government of the United Kingdom. 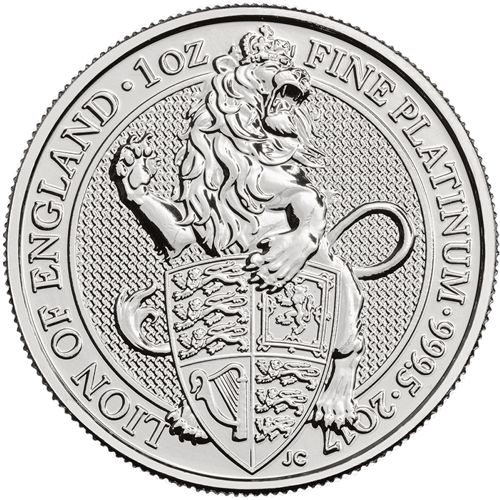 The reverse design on every one of the UK Queen's Beasts Bullion Coin is created by Jody Clark, his initials 'JC' can be found below the shield on each coin.

The crowned golden 'Lion of England' was the first beast issued in the bullion coin series.

The lion stands roaring over a shield bearing the Coat of Arms for the United Kingdom.

The words "LION OF ENGLAND" are inscribed around the perimeter of the bullion coin, along with its weight 1OZ, purity "FINE PLATINUM 999.5," and the Year of Issue "2017." 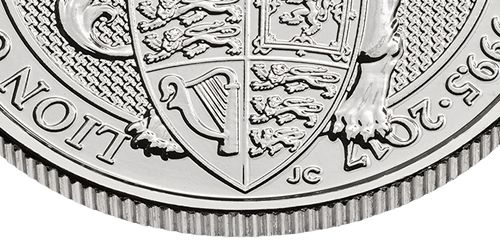 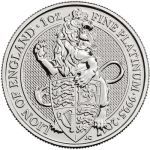 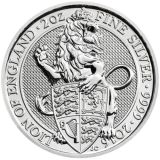 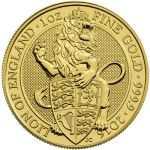 Where You Can
Buy
Queen's Beasts
Bullion Coins

The Lion of England: 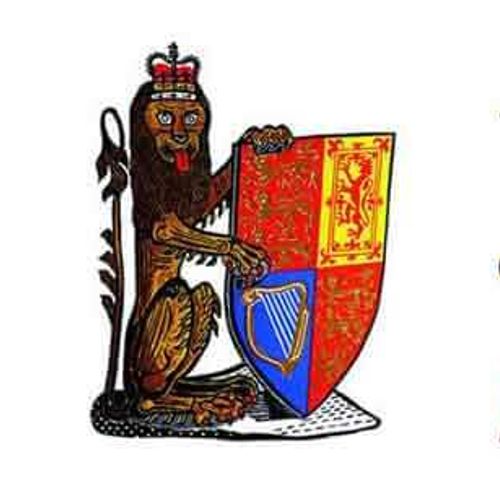 As long as England has had a shield of its own, it has always featured the lion in some form; which symbolizes bravery, strength and valour.

The Lion supports a shield showing the Arms of the United Kingdom as they have been since Queen Victoria's reign in 1837.

In the first and last quarters of the shield are the lions of England, taken from the arms of Richard I "The Lionheart" (1157–1199).

The lion and tressure (armorial border) of Scotland appear in the second, and the harp of Ireland is in the third. 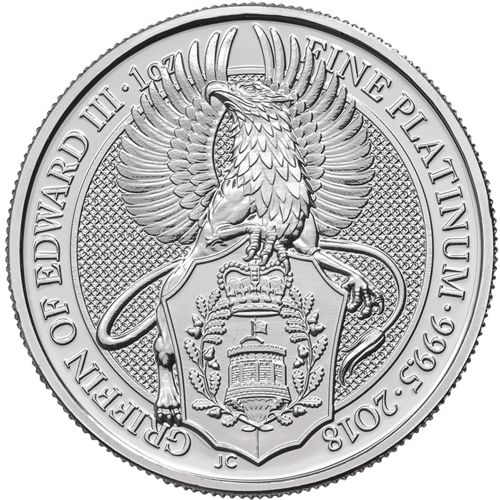 The Griffin of Edward III: 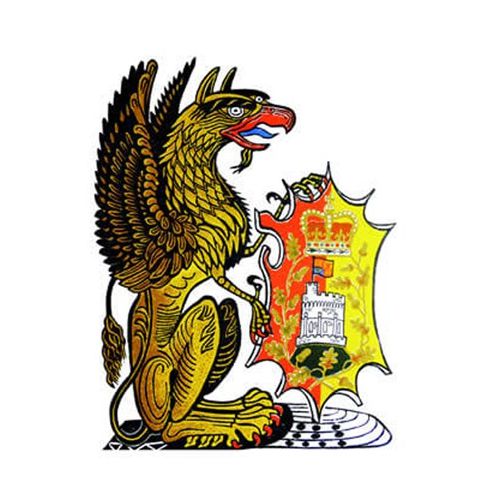 The Griffin of Edward III is an fantastical beast, part eagle, part lion.

It was considered a beneficent creature, signifying courage and strength combined with guardianship, vigilance, swiftness and keen vision.

It was closely associated with Edward III who engraved it on his private seal, and who's rule lasted for more than 50-years.

The shield shows the Round Tower of Windsor Castle (where Edward III was born) with the Royal Standard flying from the turret, enclosed by two branches of oak surmounted by the royal crown. 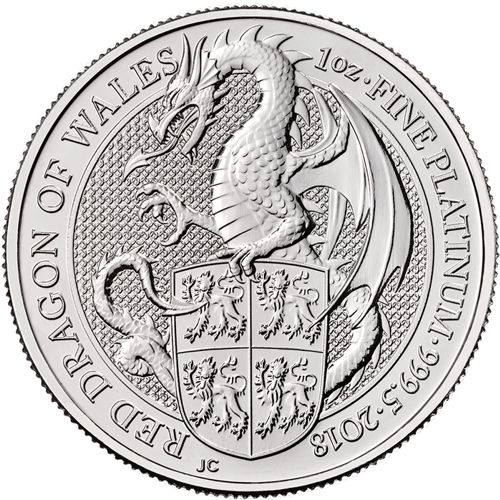 The Red Dragon of Wales: 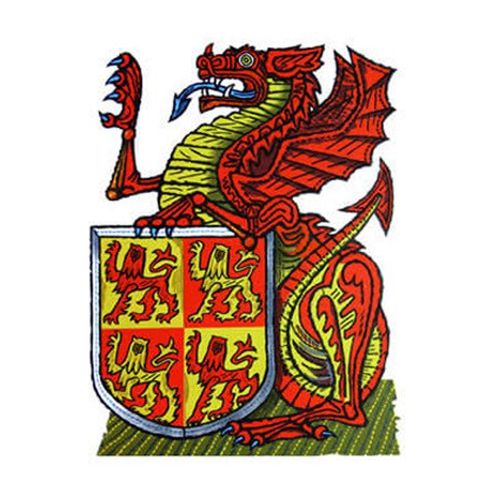 The Red Dragon, of the Queen’s Beasts, was an emblem of Owen Tudor, a claim to Welsh heritage that was carried on by his son, who would become Henry VII.

Dragons are one of the most recognizable of Europe's mythical beasts, it is viewed as a frightening but wise and dominating creature.

The dragon holds a shield bearing a lion in each quarter; this was the coat of arms of Llywelyn ap Gruffudd, the last native Prince of Wales. 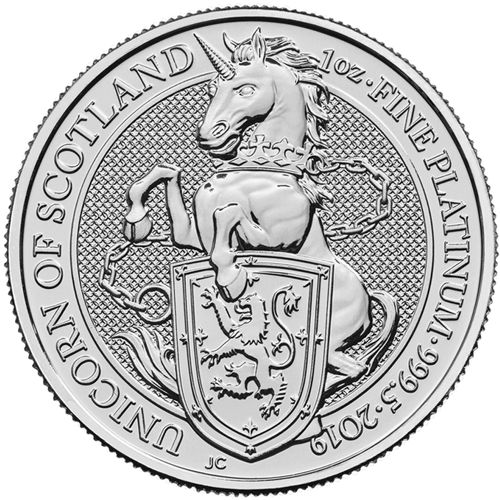 The Unicorn of Scotland: 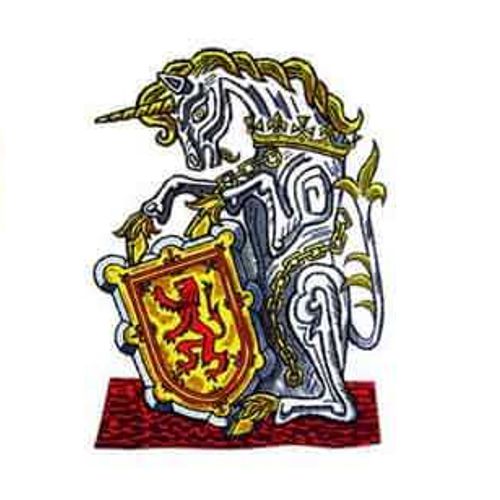 Mythical tales about the unicorn date back to 400 BC.

The unicorn was originally assumed to be big, strong, and fierce, but it has since become a symbol of elegance, grace, and purity, and a beast that is hard to overcome.

From the end of the 16th century, two unicorns were adopted as the supporters of the Scottish Royal Arms.

In 1603, the crown of England passed to James VI of Scotland, who then became James I of England.

He took as supporters of his Royal Arms a crowned lion of England and one of his Scottish unicorns.

The unicorn holds a shield showing the Royal Arms of Scotland, a lion ramping in a royal tressure, adorned with fleur-de-lis. 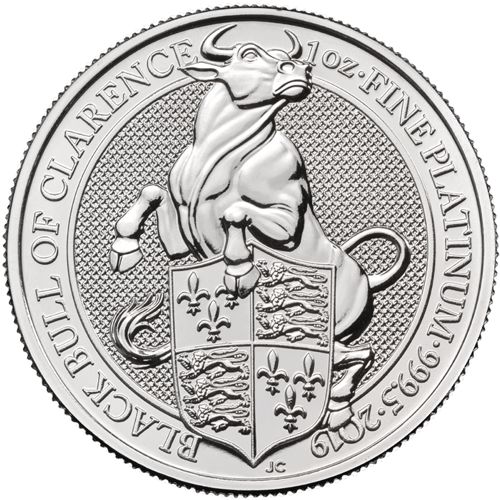 The Black Bull of Clarence: 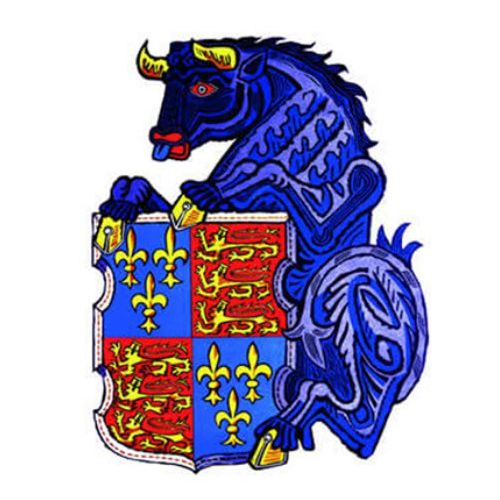 The Black Bull of Clarence is a ‘Yorkist’ beast which descended to the Queen through Edward IV, the first king of England from the House of York.

Seen as a symbol of strength, Edward IV used the Black Bull, as did his brother, Richard III, the last York king.