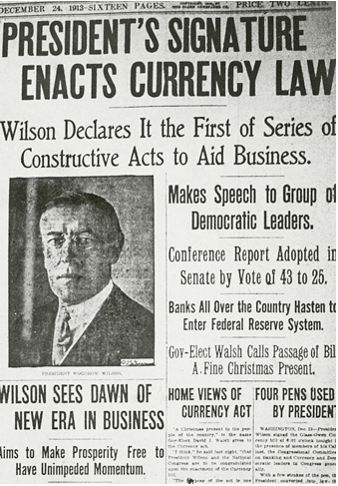 The U.S. Congress has established three key objectives for monetary policy in the Federal Reserve Act: maximum employment, price stability, and it is to monitor and adjust short-term interest rates.

The first two objectives are sometimes referred to as the Federal Reserve's "Dual Mandate."


The History of Central Banks
in the United States


The First Bank of the
United States 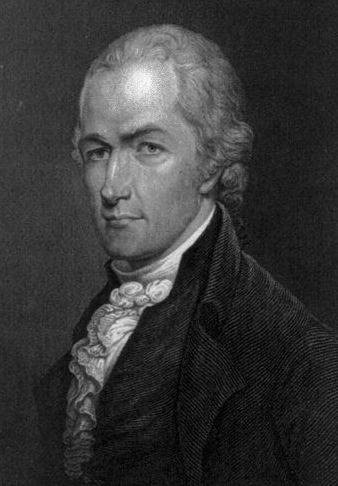 Hamilton believed the new government of the United States needed a central bank so it could separately monitor and stabilize the monetary system.

Furthermore, he wanted to use the Bank of England as a blueprint for how his Central Bank would work, which did not make him popular in the Post-Revolutionary War Era.

In 1790, during the first session of the First Congress, Hamilton officially proposed the "Bank Bill" which would create the First Bank of the United States.

Hamilton's proposal came with a lot of resistance, most notably from Thomas Jefferson

Jefferson argued that the bank was unconstitutional and that it benefited the wealthy at the expense of the common man.

who wasn't sure about the "Bank Bill," was hesitant to sign it into law.

Washington asked his cabinet members their thoughts about the bill, to help him make his decision.

Washington heard opposition from his Secretary of State, Thomas Jefferson and from his Attorney General, Edmund Randolph.

After hearing their argument's against Hamilton's 'bill', Washington wavered on enacting the "Bank Bill" into law.

However, Hamilton who served as Washington's senior aide during the Revolutionary War had earned great respect from Washington.

So when Hamilton vehemently supported his positions for the "Bank Bill,"
President George Washington agreed with Alexander Hamilton and signed the "Bank Bill" into Law on February 25th, 1791. 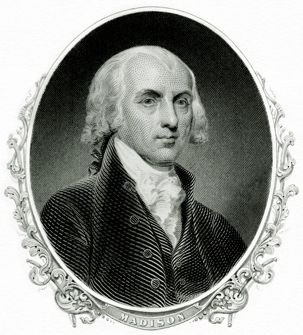 In response to this, the First Bank of the United States was established.

The First Bank of the United States was headquartered in Philadelphia and had several branches in other major cities.

The Bank was given a charter that allowed it to operate for 20years.


In 1811, the First Bank of the United States came to an end, under President James Madison

, when Congress refused to renew its charter.

James Madison, like Thomas Jefferson, did not believe the First Bank of the United States was Constitutional.


The Second Bank of the
United States


In the aftermath of the War of 1812, a revival of interest in a central bank began to re-root itself among the citizens of the United States.

The federal government suffered from the disarray of an unregulated currency and a lack of fiscal order.

Modeled on Alexander Hamilton's First Bank of the United States, the Second Bank was chartered by President James Madison, in 1816.

Shortly after the Second Bank was created, it stirred growing ridicule, many felt that its mismanagement helped bring on the panic of 1819.

In addition, there was growing resentment from the States over the Second Bank's special banking abilities.

The State of Maryland imposed a tax on any bank that was not chartered within the state.  This was a direct attach against the Second Bank of the United States because it was the only bank not chartered by the state.


The cashier of the Second Bank, James McCulloch, refused to pay the tax and the State of Maryland countered with a lawsuit.

But in 1819, the U.S. Supreme Court affirmed the constitutionality of
the Bank under McCulloch v. Maryland, which said that the Constitution had granted Congress the implied power to create a central bank and that the states could not legitimately constrain that power. 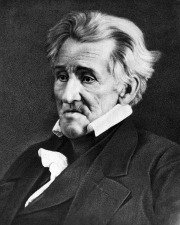 In 1832, the renewal of the 20 year charter for the Second Bank of the United States became a big issue during President Andrew Jackson's re-election campaign.

Jackson was not a friend to the central bank, his views against the bank were the same as those of Thomas Jefferson had against the First Bank of the United States.

Jackson did not think the central bank was constitutional, also, he believed that the bank favored special interests i.e.: stock investors and the wealthy over that of the common man.

Furthermore, in 1832, Congress voted to reauthorize the Bank's Charter for another 20 years, but President Andrew Jackson vetoed the bill, which helped him win a second term. 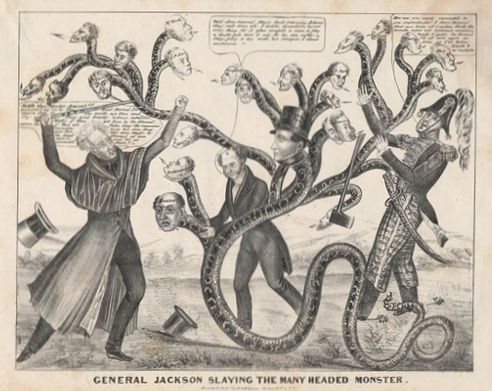 There were many efforts by the supporters of the bank including the President of the bank, Nicholas Biddle, to have the Charter renewed for the Second Bank of the United States.

However, there efforts did not succeed.

Note: See the Sources Section Below, click "Wikipedia - Bank War" to learn more about this episode in U.S. American History.


The US Federal Reserve


Federal Reserve Act is an Act that was signed into law by President Woodrow Wilson on December 23, 1913, it established the Federal Reserve Banking System.

The basic function of the Federal Reserve is to make possible the flow of credit and money that will promote orderly economic growth and a stable dollar. 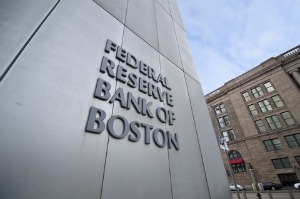 Each bank acts as a fiscal agent for the United States in each of the twelve Federal Reserve Districts.

Every US Federal Reserve bank has a number according to the district in which it operates.

The following are the twelve US Federal Reserve cities and their district numbers. 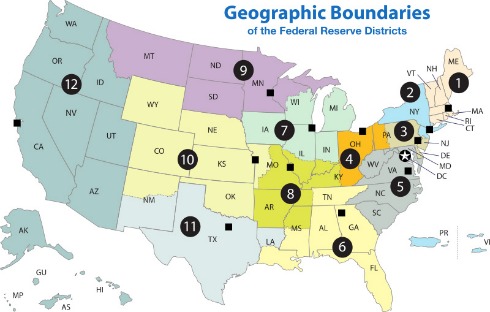 
The Board of Governors of the Federal Reserve System consists of seven members appointed by the President and confirmed by the US Senate.

They are appointed to terms of 14 years, with terms arranged that one expires every two years. No two members of the board come from the same Federal Reserve District. 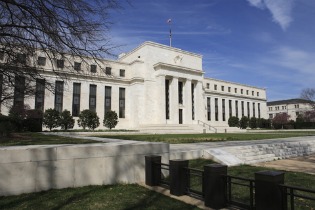 US Federal Reserve Page and