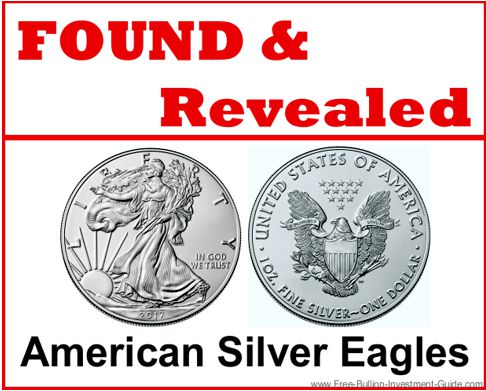 The article is about new information the U.S. Mint released in response to a Coin World FOIA request, in it, I had noticed a discrepancy between the U.S. Mint’s mintage figures and the U.S. Treasury’s figures for the 2014 American Silver Eagle bullion coins.

The chart below shows you the accounting issues that were found.

I had tried to contact the Mint directly to clarify the information, but in those contacts, I was unable to receive the information I was requesting.

Therefore, in May, Mel Kassenoff, an annual contributor to the World Coins Book, and I brainstormed on a FOIA request and I submitted it shortly thereafter to the U.S. Treasury.

Late last week I received the response, below is the useful information in the response that the U.S. Mint’s representative, Michael White wrote:

Please note that the 2014 mintage figures contained in the Mint's March 20, 2017 FOIA response were erroneous.  The correct mintage number for 2014 is 44,006,000.  Attached please find the U.S. Mint's American Eagle Silver Bullion coin mintage figures, broken down by facility, from 1986 through the present (July 21, 2017). I hope that this information resolves any remaining questions you may have.

Along with the letter, Mr. Michael White provided a spreadsheet with the mintage figures for the American Silver Eagle bullion coins; some of the information has never been previously disclosed.

It is known that the first American Silver Eagles bullion coins were minted at the San Francisco Mint from 1986 and it continued to produce them regularly through 1998.

What the spreadsheet revealed that is that the West Point Mint also minted coins from 1988 thru 1998.

The FOIA spreadsheet shows the exact mintage number of minted American Silver Eagles bullion coins from the San Francisco and West Point Mints during that time.

Below, I have created a spreadsheet with the new mintage figures that the U.S. Mint provided in the FOIA request with other already known information.

The biggest question that one may ask after viewing the mintage numbers by facility from 1988 - 1998 is;

How do you tell the difference between the American Silver Eagles minted at West Point from the ones minted at San Francisco?

That question is almost unanswerable because bullion coins do not have a Mint Mark that identifies where the coins were made.

However, the U.S. Mint was able to answer the question for the American Silver Eagles minted by the facility from 2011 to 2017 in these two Coin World articles.

After reading the information provided in the two articles, the question now is;  Did the mint use the same tracking system for monster boxes since the start of the American Silver Eagle bullion coin program?

Plus, how many of the ASE monster boxes from 1988-1998 still exist, with the identifying markings?

I'd like to thank Michael White for providing the information that he included in the FOIA request.  I don't doubt that someone will be contacting him sometime in the future asking many similar questions.

Written Permission Must Be Received to Reproduce

For Source of Information Purposes: Please Give a Return Link