For the last seven years, this guide's been helping people understand how gold nanoparticles offer a better way to treat cancer than today's methods, most notably 'traditional chemo and traditional radiation therapies.' 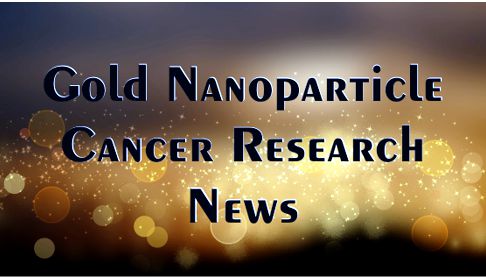 Radiation and chemotherapy drugs affect the whole body when they are administered because there's no mechanism in them that can help them to detect and find only cancer cells.

Furthermore, for chemotherapy and radiation drugs to be effective, they have to be given in very large doses, the result usually come in the form of harmful side-effects.

Gold Nanoparticles, on the other hand, inherently have a quality about them called the 'EPR Effect,' which stands for Enhanced Permeability and Retention Effect.

The 'EPR Effect' is a molecular property that gives the Gold Nanoparticles the ability to accumulate in cancer cells more than they do in normal cells.

Plus, gold nanoparticles have a very large surface area, which allows them to carry cancer-killing drugs along with cancer finding antibodies, at the same time.

Gold Nanoparticles are inert, research studies have repeatedly proven that they only hurt cells they are made to attack, which are cancer cells, so there are no life-threatening side-effects associated with this research.

Sounds too good to be true, right?  Read on, and you’ll find out it’s not.

In this report, you'll find summaries on all of the latest Gold Nanoparticle Cancer Research.


Below is a glimpse into what you'll find in this issue:

The graphic used for this section 'BIOHAZARD CHEMOTHERAPY' sign underneath the 'red circle-backslash symbol' is an image of a Real Sign.

We shouldn't give people a 'biohazard' and call it medicine. 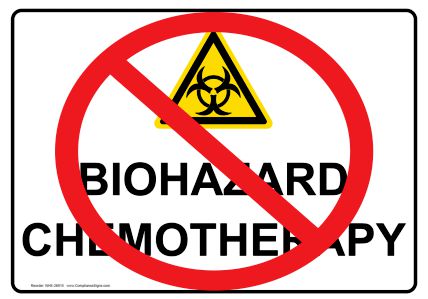 The first study, in this report, is titled 'Chemotherapy must be replaced with gold-based nanoparticles.'

The title is a quote from a world-renowned scientist Mostafa El-Sayed.

Mostafa El-Sayed is an Egyptian chemical physicist, a leading nanoscience researcher, a member of the National Academy of Sciences and a US National Medal of Science laureate.

He is also known for the spectroscopy rule named after him, the El-Sayed rule. - wikipedia

Below are Mostafa El-Sayed remark's about Chemotherapy

Mostafa El-Sayed made his comments at the Summit of Nanotechnology at the British University in Cairo.

He went on to say the following statement about using Gold Nanoparticles for treating cancer:


Mostafa El-Sayed's made
One Mistake in his Comments

Although, most of Mr. Al-Sayed's comments are true, near the end of the article it quotes him as saying the following:

The trials are being conducted at Mount Sinai Hospital, in New York City, it involves treating prostate cancer with gold nanoparticles, and so far it has reported very good results.

The video below was released, last August, by CBS-2 in New York City about this Gold Nanoparticle Cancer Research - Human Trial.

Glioblastoma (GBM) is the most common form of brain cancer, and it's known as being the most deadly because of its aggressive growth.

Glioblastoma is traditionally treated with surgery (if operable) with chemo and/or radiation therapy.

However, treating this form of cancer with traditional chemotherapy doesn't work well at killing Glioblastoma because it isn't efficient at breaking the blood-brain barrier. 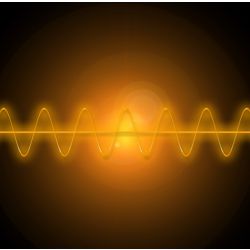 Chemotherapy drugs travel fine through the brain's blood vessels, however, they don't penetrate, very well, into brain tissue where the tumors sit.

This study was conducted because there is a desperate need to find a better way to deliver chemotherapeutics to the brain.

It's been proven, in clinical studies, that gold nanoparticles can easily pass through blood vessels without detection.

In this study, researchers attached a chemotherapy drug called Cisplatin to gold nanoparticles to help the drug pass through blood vessels to the brain tissue where the tumor sits.

In addition, researchers used targeted ultrasound waves to intensify the ability of gold nanoparticles to break the blood-brain barrier.

Researchers found that their tests demonstrated that the combination of the three factors greatly inhibited the growth of Glioblastoma (GBM) cells compared to traditional forms of therapy.

In their experiments, researchers introduced the Cisplatin coated gold nanoparticle into the bloodstream.

Results showed that the ultrasound helped the gold nanoparticles to release their chemotherapy drug payload to the cancer cells, killing them.

'Click' this link, here, to see a graphic of how the process worked.


All of the information of this research study was collected from the 'Abstract' of the original published paper that was not fully released.

After it snows, most of us have experienced how hard it can be to see when the sun is out.

Snow's frozen crystals scatter light producing more light waves, making it harder to see when the sun is shining on it.

When we see this, we wince, or put on sunglasses because its hard to see with the light hitting our eyes at so many different angles, this occurrence is called 'snow-blindness.'

In this next study, the same principle is in effect with the tiny gold nano-flowers, however, light doesn't only bounce off these tiny gold crystal flowers, the light makes the nano-crystals resonate, creating heat that kills cancer cells.

In many cases, when gold nano-crystals are engineered, a reducing agent is added to help the crystals form, however, the agent is often toxic and has to be removed before the nano-crystals can be used, which isn't always easy or precise.

In this study from the A*STAR Institute of Materials Research and Engineering, in Singapore, researchers use Starfruit juice as a reducing agent to engineer the crystals on the gold nanoparticles. 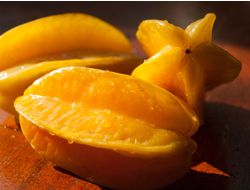 Furthermore, the study found out that juices high in vitamin C, also known as L-ascorbic acid, would work well as a reducing agent to engineer nano-crystals for medical research.