Magic
What Markets Traders hear when the Fed Speaks


In this week’s intro, I’m going to give you a satirical view of how ‘it seems’ the markets interpret the Federal Reserve. 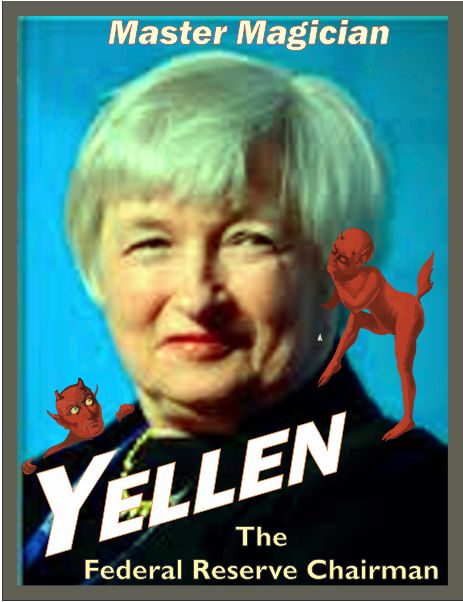 When I was growing up, both my parents worked all the time, so until I was about 11 or 12, I had many babysitters, and one of those babysitters had two young daughters who loved listening to Olivia Newton-John.

Every morning, when I was dropped off at this babysitter’s house, I was told to sit downstairs, and when the school bus came, they’d call me.

This same scenario repeated itself almost every morning in my 78-79 school year.

A few days ago, I heard 'Magic' come on the radio; I decided to leave it on because of all Olivia Newton John’s songs; it’s probably my favorite.

As I listened to the song, I paid closer attention to the lyrics, and  realized, 'this is what markets traders hear when Janet Yellen speaks.' 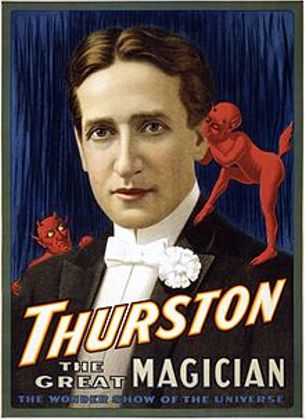 The most telling lyric in the song is "I'll be guiding you."

Below is a copy of the song on sound cloud and below that are the song's lyrics.

I put my interpretations under some lyrics (in parenthesis), but a lot of the song speaks for itself - in this frame of mind.

I’ll let you hear the song and read the lyrics and let you decide for yourself to see if you agree.

Lastly, I got the inspiration for Yellen's picture from an old Howard Thurston poster, you can 'click the pic' to learn about the man who became the most famous magician of his time.

You should know me

Has to start now

You won't make a mistake

I'll be guiding you

Nothin' can stand in our way

Don't let your aim ever stray

And if all your hopes survive

Your destiny will arrive

I'll bring all your dreams alive

From where I stand

You are home free

There's promise in the air

And I'm guiding you

I'll be near you
(when you pay for anything)

I'll be guiding you

Nothin' can stand in our way

And if all your hopes survive

Your destiny will arrive

I'll bring all your dreams alive

Last week was full of mixed messages as I thought it might in last week’s post – seen here.

Fundamentally, on Monday, for gold, silver not much happened after Italy voted against Prime Minister's Renzi’s referendum.

The Euro had a brief dip, but because it has been oversold for the last few weeks, it came back up in price.

The Euro’s movement is relevant to gold and silver's movement because they all generally move in the opposite direction of the dollar. 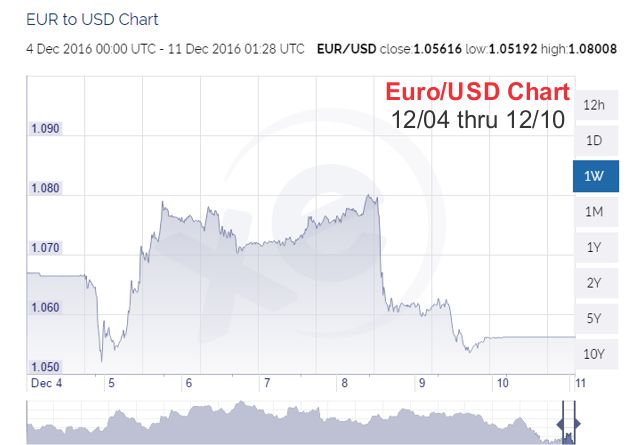 Then on December 8th, Mario Draghi, the ECB President, announced that the European Central Bank would ‘taper’ their quantitative easing in March of 2017, instead of stopping it completely, this caused the Euro to weaken and drop in price; the same happened to gold and silver. 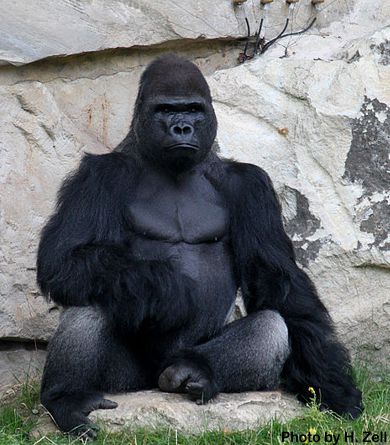 Plus, market traders in the U.S. and around the world are waiting on the Federal Reserve or 800lb. Gorilla to announce what they are going do on Dec. 14.

Just about everyone, including me, expects them to raise rates on December 14th, by a quarter percent; they will also give their outlook for future rate hikes.

It’s anyone’s guess into how many more rate hikes they think there will be coming in the future, but I believe it is possible that we will see rates drop before we see another rate hike, after this one.

For gold and silver, we will only see a rise in price if the Federal Reserve surprised everyone by 'Not' raising interest rates

In the charts below, the falling expanding wedges are only getting bigger as the precious metals drop, which is a sign for a positive January.

In gold’s chart, the falling expanding wedge, a bullish indicator, continues to grow.

Both of gold’s bottom indicators are moving in oversold territory, but with the Fed’s announcement coming this week, we’ll probably see more of the same movement in the precious metal; down. 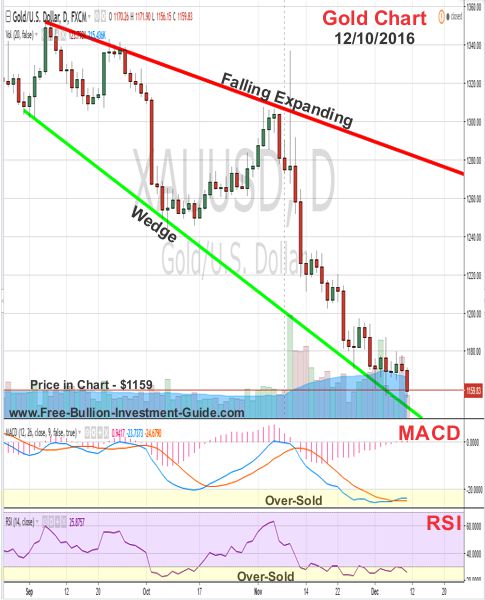 For most of the week, silver’s inverted head and shoulders pattern and its industrial properties helped to give it support as the market continues to move up in the euphoria.

But, like gold, silver’s price is also under the influence of the Federal Reserve’s announcement on Wednesday the 14th; until that announcement is made it will continue to put downward pressure on its price. 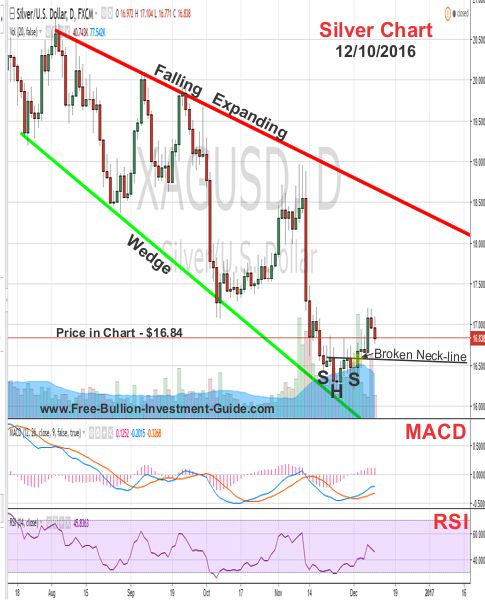 Like silver, the U.S. Dollar’s head and shoulders pattern helped the dollar move down at the beginning of the week until Mario Draghi made the announcement that they would continue their QE after March 2017, although they say they will be spending less.

Plus, all eyes and ears are pointed toward Federal Reserve to find out what they will say on Wednesday, which is the biggest reason the U.S. Dollar ended the week in the positive.

But, there is a bearish pattern forming in the U.S. Dollar, it too is an expanding wedge, but a rising one, which isn’t a good sign, time will tell how all these expanding wedges play out. 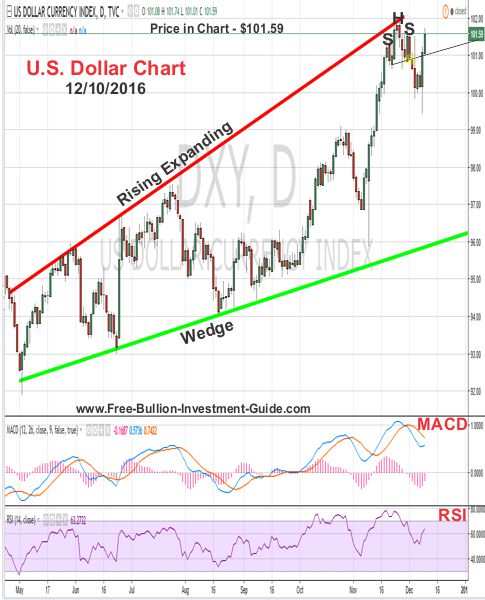